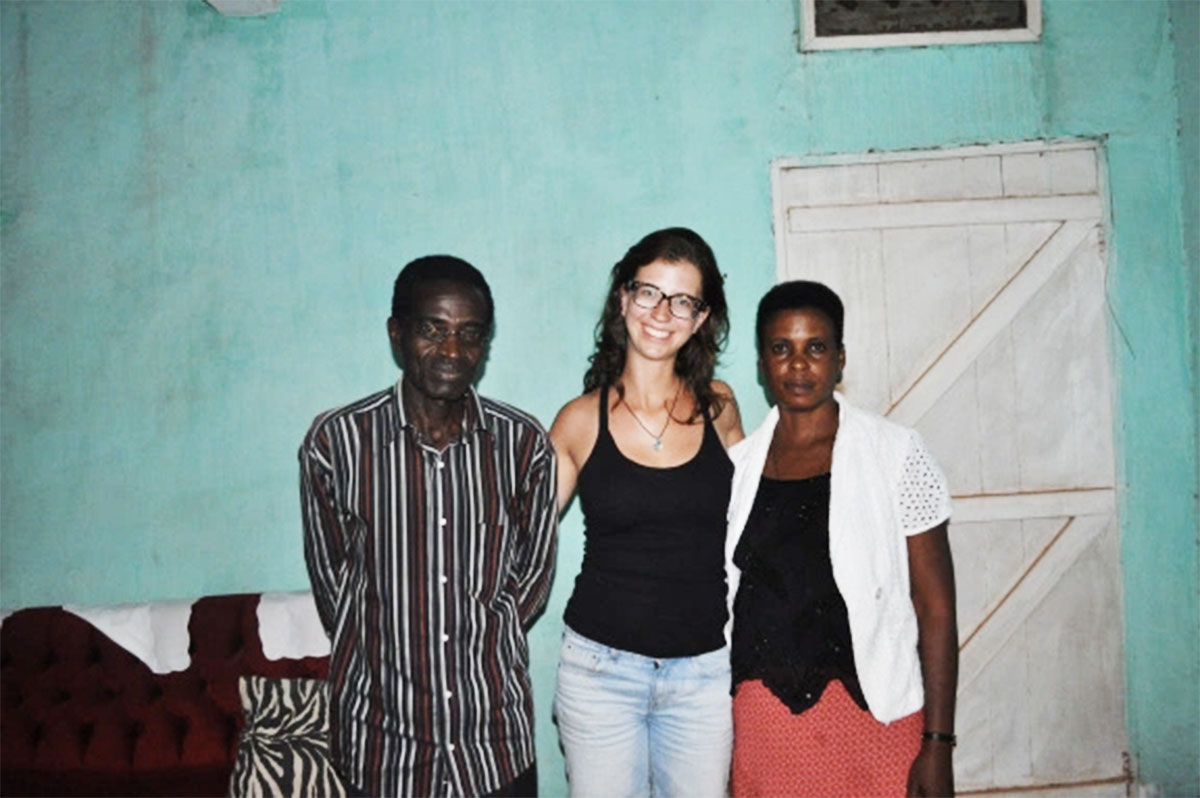 When we stop to think that in six days we will be embarking for Uganda, a cold in the belly and much emotion take care of us. We have been focusing on the project for months, and looking forward to the day when, finally together in Uganda, we will put it into practice! But, after all, what defines us and how do we unite for this dream?

Our team is definitely defined by the phrase “the whole is greater than the sum of the parts,” and at various times we were invaded by that good feeling that together we can do much more and make things happen. Everyone who joined the project has something different to add, but when we put the ideas together, we are surprised by the result. The project certainly unites us on the personal and professional side, being able to combine these two big questions into one thing only makes our tune and motivation increase even more. Check out our history below!

Since August 2014, Augustine and Sophie, founders of the NGO TORUWU, are engaged in the school project and have sought partnerships since then to reformulate it. But their work comes from long before. After working for years with a very generous Indian, Augustine decided to give up everything and invest all his resources in actions that would help his community to develop; Sophie, a training nurse, was inspired by the work of her mother, who cared for sick women and children and did not charge for her service. She was extremely moved by the fact that these women and children, for lack of resources to buy medicines, did not continue the treatment and decided that when she grew up she would work to change the situation. And is not that both Augustine and Sophie really doing what they wanted? It’s a lot of inspiration!

Excited by this beautiful history, and already having in her training respect for other cultures and attention to social problems, Elisa, daughter of booksellers, joined TORUWU. However, she, Augustine and Sophie hardly knew that the story would still touch the hearts of many others and that two more incredible people from Brazil would embark on this journey!

The paths that each one chooses to trace hold surprises that we can not imagine. At the moment when we are doing something, we do not realize its power and how much it can provide. During college, Elisa and Marcelo participated in CHOICE, the largest network of university students engaged in social impact business in Brazil. He participated in 2013 in Rio de Janeiro, and she participated in 2014 in São Paulo; they did not know each other. In August 2016, Elisa made a publication in the Facebook group where all the young people who have been through CHOICE – more than 800 – publicizing the project and inviting another professional to join and go to Uganda.

Marcelo came in contact, began to talk and the history of the school also infected him! He has always questioned the reality and the role of school institutions and so engaged in various activities to encourage young people to develop their talents and discover their role in the world. After contact with various social realities, through volunteer work groups with youths and children in shelters, hospitals, among others, embraced the cause of education and believes that it is the means for social inclusion and development. In the first week of conversation it seemed like he had been on the project for months! Her dedication and concern for others became very clear. He entered in the head, and in September, even if only through Skype talks, he gave the final word that he was going to Uganda. Thanks to CHOICE and the internet – and, of course, the story of TORUWU – #timeUganda won one more person!

Already Elisa and Suzy have always been friends in college and have formed together. Life was also slowly tracing its ways, without them knowing. In July 2015, Elisa spent a weekend in La Paz – as she was in another city in Bolivia volunteering through AIESEC, the same organization that took her to Uganda for the first time – and on the last day she sat in a cafe to rest and enjoy the Wi-fi, of course. I knew Suzy was in Peru and that maybe she was going to Bolivia, so she sent a message. As a gift of fate, Suzy was in La Paz, two blocks from the cafe where Elisa was! And only on that day, because at dawn he would catch a flight back to Brazil.

So the two met, talked about the course of life, their annoyances with social injustices and their personal motivations. Suzy spoke about her desire to know the world, to experience cultures and ways of life neglected and little valued, since it is these experiences that teach us to be more human. And so the two promised that in three years they would try to find another place. At the time, as Elisa already wanted to live in some African country, because of her experience with TORUWU, they agreed that it would be there, but they did not imagine they would live and work together! And they did not even have to wait three years.

For Suzy, one of her great motivations for working with education comes from the privilege of having access to good schools and a family that has always supported her in everything she needs. When she first came into contact with realities so different from her own, she knew she could turn the sense of powerlessness into so much injustice and do something about it. That way, by the end of October 2016 it was Suzy’s turn to give the final word that she would go to Uganda, and #timeUganda has grown again!

At the end of November, the three made a meeting in São Paulo to get to know each other, since Marcelo was new to the group. If you already felt the tune for Skype, personally it was even more incredible! “We got along really well and started to connect even more. The purpose of the project took over from us and we were invaded by an energy that we were on the right track and we had made the choice that matched who we are. At the moment of saying goodbye, we were sad to think that we would only meet again at the embarkation and that there would still be a long time until that date. “And it is not that he has arrived!

As soon as we arrive in Uganda, the team will meet so that everyone knows each other and set the initial guidelines to put the project into practice!

We are ready and with great energy! We hope you also get infected and live this adventure with us!

Post Anterior / Previous Story
The “Think Twice Brasil” Institute visits TORUWU.
Próximo Post / Next Story
The first week in Uganda
SearchPostsLogin
Let’s Build a School in Uganda – Chat with Travel and Share
The crowdfunding campaign was a success!
Our documentary available at VideoCamp
TV PUC News – School Project in Uganda
Post on Blog “Reasons to Believe” from the Terra Portal – Brazilians unite to build school in Uganda and exchange learning with the African people
G1 Portal News – Brazilian joins teachers and children in Uganda to change schools that live with poverty, garbage and physical punishment